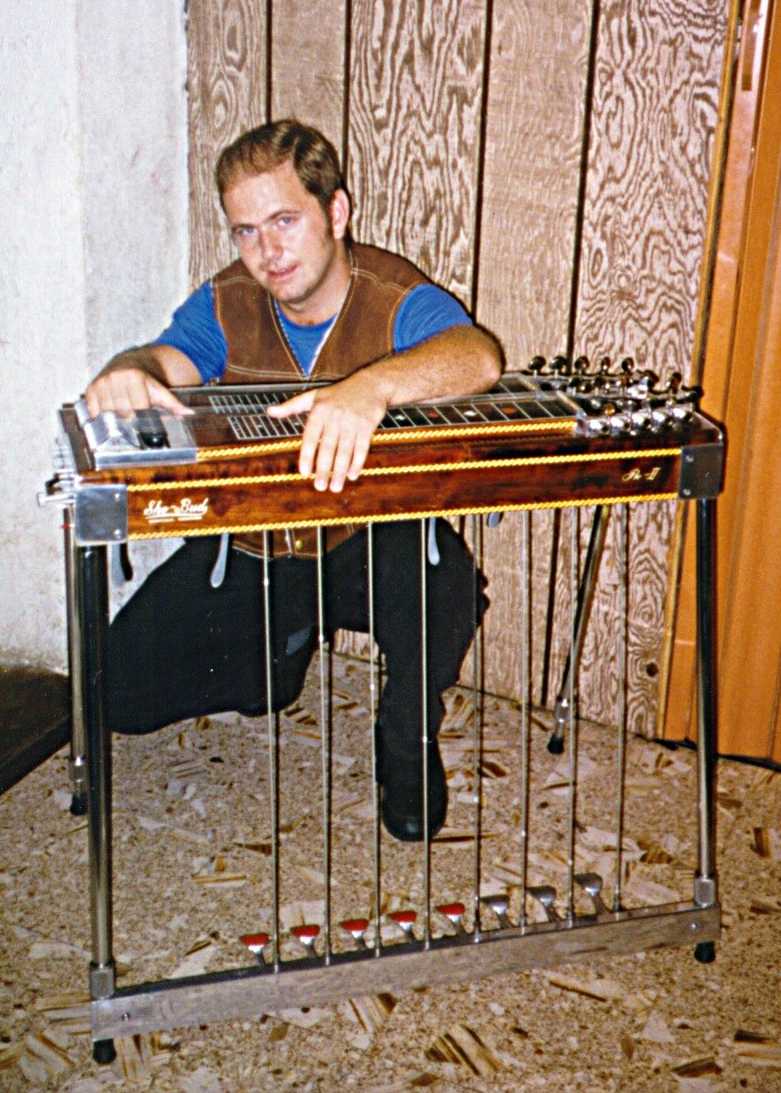 Here's me playing along with the song, adding pedal steel guitar using the E9th tuning. I recorded the song today and thought you might like to hear my steel guitar playing. The photo to the right is about 15 years old, when I still had hair.

I like a louder steel guitar (being a steel guitarist), which is what the earlier recording has. Here's another version with a normal level steel guitar (quieter, like you'd hear on the radio).

I turn down many invitations to play steel guitar for people, due to my poor health. I just play at home here and there and publicly for free (always). I thank God for putting the desire in my heart to learn such a wonderful instrument.

For any musicians reading this, I'm using the "REC OUT" on my Roland MicroCube amp ($125), going through a Lexicon (Alpha model) USB interface ($49), and recording on my computer with a software program called "MixCraft" (basic version... $79). Who needs an expensive recording studio setup! I'm only using some reverb on the MicroCube amp for effect.

Sadly, Communism has taken over America today, the very enemy that we sacrificed 58,000 men in Vietnam to die for. It's unbelievable! Many Americans fear another Vietnam, but this time it's going to be on our very doorstep. Vietnam is coming to America!!!

Here's a fairly recent photo below. My cozy desk lamp is shining in back of the curtain (which is the glow to the left). I just hung up a red sheet as a background for my videos. 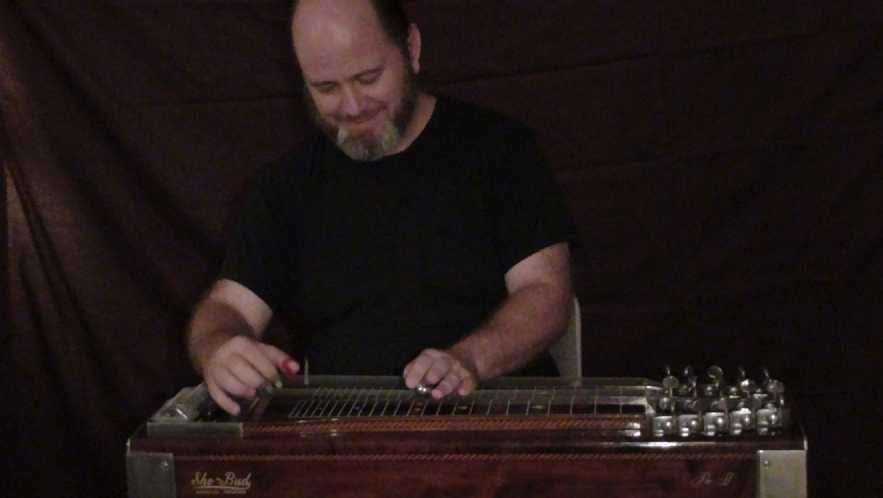